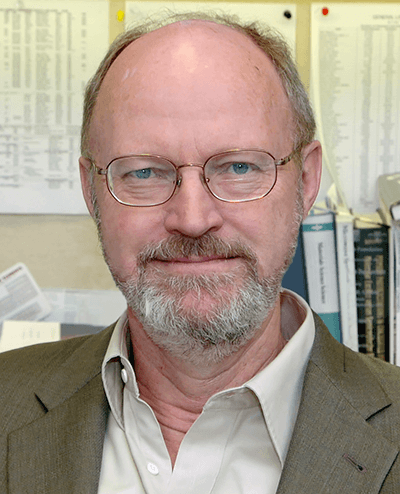 Dr. Robert Howard Grubbs received his B.S. in chemistry in 1963 and M.S. in 1965, from the University of Florida in Gainesville. In 1998 he received his Ph.D. in chemistry from Columbia University. From 1968-1969 he was a National Institutes of Health (NIH) postdoctoral fellow in chemistry at Stanford University. He was at Michigan State University from 1969 to 1978, achieving the rank of associate professor. He is the Victor and Elizabeth Atkins Professor of Chemistry at the California Institute of Technology, where he has been a faculty member since 1978.

The Grubbs group discovers new catalysts and studies their fundamental chemistry and applications. Catalysts facilitate the transformation of organic molecules and are used widely in industry and academia for the preparation of important organic compounds and polymers. A family of catalysts for the interconversion of olefins, the olefin metathesis reaction was discovered in the Grubbs laboratory. In addition to their broad usage in academic research, these catalysts are now used commercially to prepare new pharmaceuticals, to create composites for structural applications, and to convert biorenewable carbon sources into fuels and commodity chemicals. Catalysts for other useful transformations are also being developed and studied in detail.

His more recent awards have included the Nobel Prize in Chemistry (2005), Benjamin Franklin Medal in Chemistry (2000), Pauling Award Medal (2003), Havinga Medal (2006) (Leiden University), Golden Plate Award (2006) (Academy of Achievement), Gold Medal of the American Institute of Chemists, Chemical Heritage Foundation (2010), and Giulio Natta Award for Chemistry (2014), as well as eight American Chemical Society honors, including the Award in Polymer Chemistry (1995), Arthur C. Cope Award (2002), Award for Creative Invention (2009), and Roger Adams Award in Organic Chemistry (2011). He has been elected a member of the National Academy of Sciences (1989), a fellow of the American Academy of Arts and Sciences (1994), an honorary fellow of the Royal Society of Chemistry (2005), a fellow of the American Chemical Society (2009), a fellow of the National Academy of Inventors (2013), and a member of the National Academy of Engineering (2015). He has been awarded many honorary degrees, most recently a DSc from the University of Warwick, Coventry, in 2010; an Honoris Causa Doctorate, Universidad de Huelva, Spain, in 2012; and an RWTH Aachen University Honorary Doctorate (Dr. rer.nat.h.c.), in 2013; and he was Commencement Speaker at King Abdullah University of Science and Technology, Saudi Arabia, in 2013. He has over 580 publications and over 129 U.S. patents based on his research.