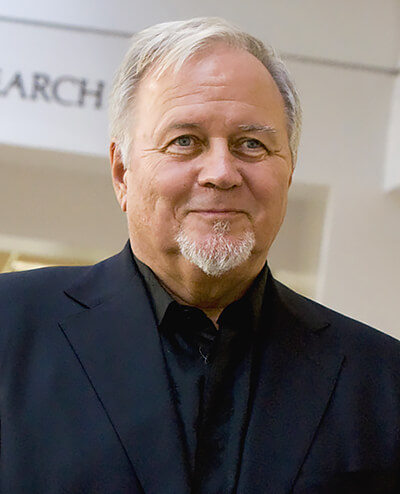 Nicholas Bodor is founder and CEO of Bodor Laboratories in Miami, Florida and Graduate Research Professor Emeritus (active) at the University of Florida (UF), College of Pharmacy who is recognized internationally as a leader in drug discovery, design, and delivery. Bodor invented revolutionary retrometabolic drug design concepts that have improved the ratio of therapeutic effect and safety of medication. These concepts strategically combine chemical and enzymatic (metabolic) processes to achieve drug targeting, thereby producing safer drugs and safer environmental chemicals. The two major classes of retrometabolic drug design concepts contain chemical drug targeting systems (CDS) and the soft drugs (SD). The design concepts incorporated in the soft drug approaches were used by Bodor to develop a general and comprehensive program, including a computerized expert system, which can identify potential and possible metabolites and the corresponding safe active soft drugs or chemical delivery systems. A soft steroid, Loteprednol Etabonate, created by Bodor to treat ophthalmic infection and allergies is on the market in the U.S. and other countries. During his tenure at UF, he served as chair of the Medicinal Chemistry Department and was promoted to Graduate Research Professor in 1983. He later became the Executive Director of the college’s Center for Drug Discovery, founded by him in 1986. Bodor supervised the training of more than 50 doctoral students and 100 postdoctoral level research associates and fellows at UF before taking a leave of absence to accept a position at IVAX Pharmaceuticals in Miami. He is an AAAS Fellow and a named inventor on over 160 U.S. patents.