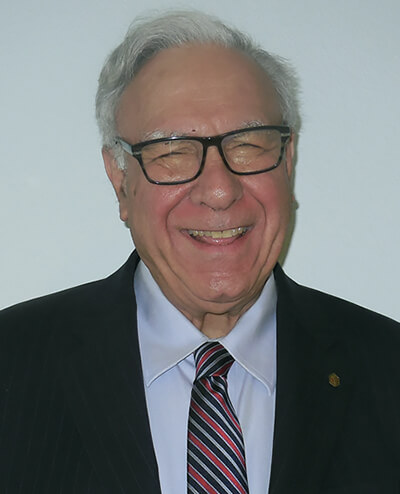 Les Kramer is the Vice President of Engineering and Manufacturing at TaiLor Made Prosthetics, LLC in Orlando, and a board member of the University of Central Florida’s College of Sciences and Nanoscience Center who created a remarkably advanced carbon fiber composite prosthetic foot that has improved the lives of many amputees. Accepting a job at Lockheed Martin, Kramer moved to central Florida in 1985, where he started changing the technology of composite materials by improving properties and producing carbon nanotube structures to encourage morphing and multifunctional material behaviors. Later, he produced light weight carbon nanotube/foam core composites with outstanding structural performance that were held together by advanced adhesives. Kramer’s research in adhesives technology transferred into Steam Turbine blade repair and later technology licensed for upgrading Florida phosphate pump repairs. Additionally, maintenance of his composite materials, which contain embedded sensor suites led to many of Kramer’s inventions becoming key technologies for improvised explosive device (IED) detection as well as remote sensing for the military. In 2010, he retired from Lockheed Martin and co-founded TaiLor Made Prosthetics to focus on providing amputees with improved foot prosthesis performance and comfort. His prosthetic foot design returns energy sequentially to the wearer’s heel and toe, has 100% replacement of components, and is totally customizable. Hundreds of people including Boston Bombing victims and Wounded Warrior® amputees, have confirmed its unique performance that allows walking backwards as well as smooth action on stairs and ramps. Kramer is a named inventor on 17 U.S. patents.

Q   Of your patents/inventions, which one is your favorite and why?

Actually, I have two favorite inventions for two different reasons.

There is no doubt in my mind that the comfort and control benefits received by lower limb amputees when using the TaiLor Made Prosthetic Foot™ have been a life-changing experience for these people. To date, we have approximately 2,000 amputees using my invention including two Boston Marathon bombing victims. Because of its unique modular design, the foot can be reconfigured to meet the specific needs of the owner from normal walking and running during daily life to athletic pursuits from golf to playing soccer, rock climbing, and competitive skateboarding. This prosthetic foot has an energy return system that helps the amputee obtain a near perfect walking gait while not having to drag their foot vertically when walking up stairs or losing control when negotiating ramps. When I meet the amputees that wear my prosthetic foot, it is not unusual that I get thanks and hugs for increasing their freedom of mobility.

My second favorite invention is ABEST™ (Adhesive Bonding Erosion Shield Technology) and was a process I developed to simultaneously cure an adhesive and a seal surrounding the adhesive in order to provide an environmentally impervious adhesive joint. The initial application for this technology was to avoid welding or brazing of steam turbine erosion shields that were difficult processes as field repairs and could potentially damage already installed turbine blades. The low-cost, speed of installation, and low risk of damage were all significant commercial advantages to electric power companies in order to shorten turbine outages. This entire process was developed in my garage in Longwood, Florida and was tested at a power plant in Huntley, New Zealand. This invention taught me many important lessons about becoming an entrepreneur. But the most important lesson was not to give up on a good idea because initial trials fail. You see, after two field trials in New Zealand, my idea for steam turbine erosion Shield applications did not work after an extended period of time. Fortunately, I met the President of the Florida Phosphate Council during a chance encounter at the University of Florida and learned that phosphate rock impact damage was a big problem for the pumps that provide the feedstock to Florida fertilizer factories. After several discussions with a major phosphate pump manufacturer, I found that my adhesive bonding erosion shield technology would work perfectly in this device. For several years, I ran a small business repairing phosphate mining pump components with the ABEST™ patented technology. As a side benefit of this work, I was able to take a wonderful extended vacation in the beautiful country of New Zealand and develop a long-term friendship with my customer.

I grew up on the south side of Chicago. During World War II, my Dad had two years of engineering courses at Armor Institute of Technology (i.e., now IIT) before the program was terminated at war’s end. He returned to the family paint store for the rest of his career. Fortunately for me, he had learned basic engineering skills in college and hands-on skills (i.e., lab skills) at the paint store that he taught me. He was a wonderfully skilled HO gauge train model maker and taught me how to use hand tools at an early age. By age 8, I had won my first award from the local hobby shop for a “stick and tissue” built model airplane. When I wanted to enter a 1 tube regenerative radio receiver in my school science fair, he taught me how to solder and fabricate sheet metal. When I wanted to build a “Giant Repulsion Coil” that would levitate an aluminum ring due to induced eddy currents, he located and bought me the double cotton covered No. 12 copper wire and transformer laminations. Unfortunately, we destroyed my mother’s dining room table pad in the act of winding the coil, but the device worked beautifully and was exhibited at the Chicago Science Fair. My Dad gave me the skillset and mental tools required to develop an inventor’s mindset.

While I could do some chemical experimenting in my Chicago apartment such as using lemon juice as “Invisible Ink” and exploring high speed photography in our apartment “Darkroom”, I really needed a collaborator with “lab space” (i.e., a basement with a workbench and tools). Fortunately, I had a friend, Sy, who lived in a house next to my apartment building and had similar interests. Together, we built some Heathkit electronics and other devices. One day, we decided to build a robot from an old garbage can mounted to downspout legs. The legs were mounted to a base containing the drive wheels. The wheels were belt driven directly by a large AC electric motor mounted in the garbage can. The initial “prototype” had no provision for speed control (it was on or off) or steering. Just as we plugged the robot’s motor into the electrical socket, Sy’s mother came down the basement stairs with a plate of cookies. The robot wheels “peeled” tire tracks in the linoleum floor and aimed directly toward Sy’s mother – the cookies went flying!! Needless to say, no one was hurt, but my robot building ceased immediately. A year later, Sy and I constructed a device to make time lapsed movies of Morning Glories that were growing on his garage. For one month during the summer, we hauled a war souvenir Nazi electric movie camera, a large Lionel train transformer, and a crude but effective timing device to activate the camera onto the garage roof. The resulting color movies of morning glories opening and closing each day were unbelievably detailed considering the home-made nature of the equipment. So, invention inspiration also requires the ability to conduct experiments. The presence of a willing colleague and a large working space is a good adjunct as well!!

Q   Do you have a personal process for inventing?

Obviously, you need to identify an intriguing problem that needs to be solved by an invention as a first step!! When I first recognize the need for the invention, I may have some initial potential solutions “pop into my mind”, but I never initially act on these ideas at first. Rather, I “sleep on it” and find that my mind subconsciously works to resolve my important vexing technical problems. Sometimes, a particularly difficult problem requires many nights of thought, but often in the morning, I wake up with a clearer understanding of the problem solution. During my patent productive years at Lockheed Martin, I used to say that I thought up most of my patentable ideas while shaving!!

A few of my patents are “Gedanken Experiments” (Thought Experiments) that have proven to work in my mind but are unproven by experiment. One of my foot patents is an example of this approach where the patent describes a Bluetooth enabled microprocessor prosthetic foot that has not been reduced to practice, but I know must work because of the underlying maturity of the components and of the software. Evidently USPTO agreed!!

No matter how a patentable idea is conceived, there needs to be supporting testing, standards compliance, manufacturing considerations, quality control methods, and a host of other requirements to prove that the invention is worthy of commercialization investment and efforts.