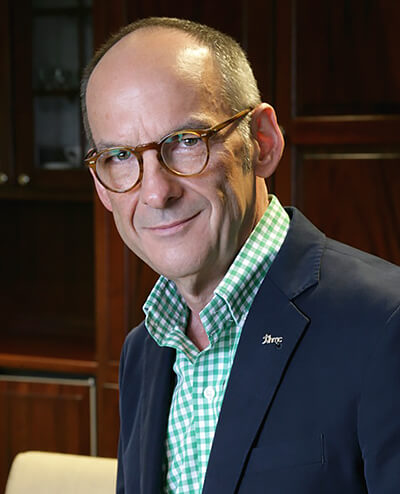 Kenneth M. Ford is co-founder and CEO of the Florida Institute for Human and Machine Cognition (IHMC), a not-for-profit research institute headquartered in Pensacola, with a second location in Ocala. Ford is being recognized for his pioneering work in artificial intelligence and human-centered computing, and for his significant contributions to the United States and Florida’s technology and research communities. Under his leadership, IHMC has grown into one of the nation’s premier research organizations with world-class scientists and engineers investigating a broad range of topics related to building technological systems aimed at amplifying and extending human cognition, perception, locomotion and resilience. Ford is a Fellow of the Association for the Advancement of Artificial Intelligence, and the AAAS, a charter Fellow of the National Academy of Inventors, and a member of the Association for Computing Machinery, the IEEE Computer Society, and the National Association of Scholars. He is the author/editor of six books and holds two U.S. patents.