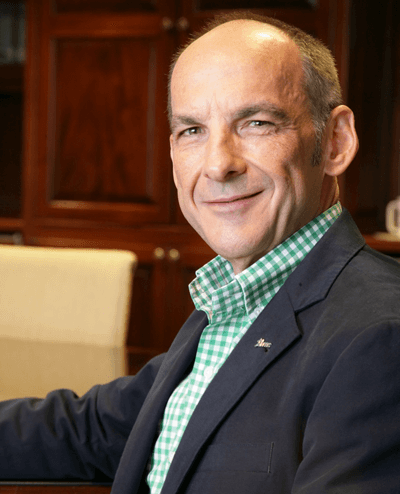 Kenneth Ford is Founder and Director of the Florida Institute for Human & Machine Cognition (IHMC), an independent not-for-profit research institute with locations in Pensacola and Ocala Florida. IHMC has grown into one of the nation’s premier research organizations with world-class scientists and engineers investigating a broad range of topics related to building technological systems aimed at amplifying and extending human cognitive, physical, and perceptual capacities. Ford is the author or co-author of hundreds of scientific papers and six books. Dr. Ford’s research interests include: artificial intelligence, cognitive science, human-centered computing, and entrepreneurship in government and academia. He received a Ph.D. in Computer Science from Tulane University. Dr. Ford has served on the National Science Board (NSB), the Air Force Science Advisory Board, the Defense Science Board, and served as Chairman of the NASA Advisory Council. Dr. Ford is a Fellow of the Association for the Advancement of Artificial Intelligence (AAAI), a Charter Fellow of the National Academy of Inventors, and has received many awards and honors including the NASA Outstanding Leadership Medal in 1999, the Doctor Honoris Causas from the University of Bordeaux in 2005, the 2008 Robert S. Engelmore Memorial Award for his work in artificial intelligence, the 2010 NASA Distinguished Public Service Medal, the 2012 Tulane University Outstanding Alumnus in the School of Science and Engineering, and in 2015 Dr. Ford received the Association for the Advancement of Artificial Intelligence (AAAI) Distinguished Service Award. Inducted into the Florida Inventors Hall of Fame in 2017.