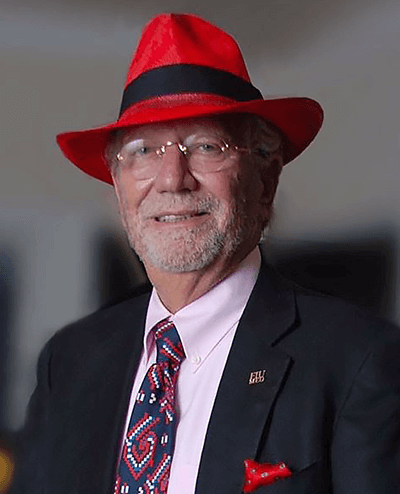 Herbert A. Wertheim is an optometric physician, alumnus of the University of Florida (UF), and honorary alumnus of Florida International University (FIU) who was the first to discover and produce ultraviolet light dye absorbers for eyeglass lenses, helping millions avoid cataracts and other eye diseases. Wertheim is also the founder and CEO of Brain Power Incorporated (BPI), the world’s largest manufacturer of ophthalmic instruments, cosmetic and therapeutic tints for eyeglass lenses, and diagnostic products for optometrists, ophthalmologists, opticians and optical laboratories. More recently, BPI manufactured colored dyes that have been used in diagnosing and/or treating dyslexia, autism, Parkinson’s-related dyskinesia, and childhood migraines. He was a founding member of the FIU Board of Trustees and, as chairman of FIU’s Academic Affairs Committee, he won approval for and chaired the Medical College Initiative. In 2009, the Wertheim’s made a $20 million contribution to FIU, which became $40 million with state matching, to establish multiple endowments and eight endowed chairs for the Medical College, including the first endowed chair in Optometry and Physiological Optics in any medical school. FIU then named the Herbert Wertheim College of Medicine in his honor. He was also instrumental in establishing FIU’s Herbert and Nicole Wertheim Performing Arts Center, building the Wertheim Conservatory, and transforming the Nicole Wertheim College of Nursing and Health Sciences at FIU. In October 2015, UF announced the naming of the Herbert Wertheim College of Engineering in honor of the Wertheim Family Foundation’s gift of $50 million, which funded an Engineering Innovation building and fostered collaboration between UF and FIU. He has served as chairman of the Dr. Herbert and Nicole Wertheim Family Foundation since 1977, which has supported hundreds of local and international educational, cultural, sporting, and health care organizations around the world. In 2016, Herbert and Nicole Wertheim joined The Giving Pledge. He holds 7 U.S. patents.