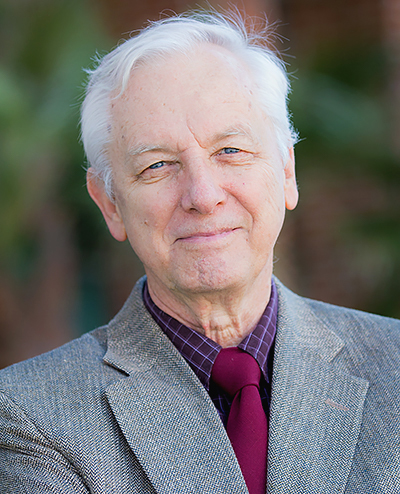 Christopher Batich is a professor at the University of Florida (UF) and inventor of Bioguard®, a groundbreaking anti-bacterial surface treatment material that is being used as the standard of care for advanced wound dressing and bacterial barrier in burn units and nursing homes throughout the United States. During his career at UF’s Department of Materials Science and Engineering, from 1997 until 2002, he was the founding director of the Graduate Biomedical Engineering (BME) Program and, from 2008 until 2010, the founding associate director and chief operating officer of the Clinical and Translational Science Institute (CTSI). The major focus for both groups was to leverage the science and engineering at UF to carry out research leading to improved patient care by healthcare professionals. As a result, Batich has been involved in research related to the creation of new drugs and biomedical devices in numerous collaborative projects with the Jacksonville UF Health Center. He worked with surface modification and analysis of polymeric materials as well as drug delivery for neurodegenerative diseases such as Alzheimer’s, Parkinson’s and Huntington’s. He also expanded on drug delivery methods to create devices to protect against disease carrying mosquitoes in conjunction with the UF Entomology Department and the local United States Department of Agriculture (USDA). More recently he collaborated with the Cardiology Department at the Jacksonville UF Health Center to develop a device being tested with Johns Hopkins to prevent some of the possible complications associated with cardiac ablation. Batich is a fellow of the AIMBE and holds 55 U.S. patents.

Q   Of your patents/inventions, which one is your favorite and why?

Bioguard is my favorite since it led to a truly new kind of antimicrobial surface as well as brought me into contact with a very collegial group of people that have been a pleasure to work with. The FDA had a meeting about advanced wound dressings in 2016 and every one of the several hundred products on the market released something into the wound. Several of the agents released had a negative effect on wound healing, and Bioguard was the only one which killed bacteria on contact without releasing anything. Some earlier technologies could also do that, but they were inactivated by proteins released in a wound. We found that Bioguard did not have that limitation. I learned a lot about regulations with this also since the FDA had stricter requirements for really new devices (de novo clearance) instead of devices similar to a device already on the market (the 510(k) process).

Every time one walks through a hospital or attends a seminar at a health center, that person can see the technology needs. The field of health care is very complex and full of problems that are amenable to engineering solutions if you can find a health care professional who can work with you on understanding the problem and finding ways to evaluate possible solutions. UF is rich in such professionals, and not just in the hospital. The UF entomology program is ranked number one in the world and joint projects have led to interactions with a wonderful group of people. They also work closely with the US Department of Agriculture in Gainesville on joint projects and again have people who are a real pleasure to work with.

Q   Do you have a personal process that you follow when inventing?

The first exposure to a problem which looks interesting and promising to investigate usually occurs by attending a seminar, reading, conversation or via an email from someone. The major next step is to find a collaborator who is expert in the area and has the time, interest, and collegiality to work with me. Some clinicians just do not have the time to communicate regularly on progress or express little interest. After some reading and learning, I try to find a student who would like to work on the project in a consistent way. The student provides regular communication, and they go into the lab to carry out the work. We then investigate the likely patent situation since results are more likely to be further developed if there is a possible profit eventually. I also try to work on some very promising projects that would not involve patents but finding interest and funding for them is much more difficult.